…and Which Is The Best DAW…For You? 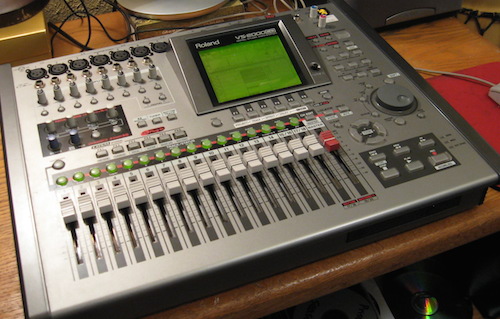 DAW stands for Digital Audio Workstation (pronounced “daugh” with a heavy southern drawl or simply spelled out “D-A-W”) and is a system designed to record, edit, and mix digital audio. There are two main types of digital audio workstations, standalone and software based. Standalone systems look like a mixer with an LCD screen. They are great and have their uses, but here we are going to focus on software DAWs.

Software DAWs are used with standard personal computers (Windows, Mac and Linux). Some of the main players include Apple Logic Pro, Avid Pro Tools, Cakewalk Sonar, and Steinberg Cubase. There are plenty of others that we will discuss as well like Adobe Audition, Ableton Live and MOTU Digital Performer. And there are even free or open source DAWs like Audacity and Ardour that have their strengths. Listing these programs and prioritizing them always brings up discussion and debate as to which is used the most and which is the best. This article attempts to be as impartial as possible while inevitably being partial to my experience and view of who is using what and why.

There are four main types of music-based general software program functions that were once found in separate programs, but are now usually bundled together in most major software DAWs. These four types are digital audio processor, MIDI sequencer, virtual instrument, and music notation editor. A digital audio processor is simply a program that can record, edit, and mix digital audio information. A MIDI sequencer records, edits, and mixes MIDI information. A virtual instrument is a program or plug-in that receives MIDI information and assigns it to different sounds. And a music notation program enables the user to put notes on a page and print a musical score. A software DAW incorporates all, or some combination, of these four types of programs in their software. The combination of all of these functions is what makes a software based Digital Audio Workstation such a wonderful and useful tool.

SYSTEM
A software-based DAW utilizes the power of a personal computer to run recording, editing, and mixing tasks. A system like this has three main components.

There are three main operating systems that DAWs work with. They are Windows, Mac and Linux. It is important to decide which you will be using because many DAWs only work on one of these three while some work on all of them. Many will say that Mac is the king of professional audio, but as you can see below, there are plenty of professional DAWs that don’t work on Mac.

popular and which is the best. Many will say that Cubase is the most popular or Pro Tools or Logic. It all depends on perspective (who you see using what and where you are looking from). I have spent a lot of time around professional studios, and it is obvious that in them and for the people around them Pro Tools is king. I have also spent time at Universities and training schools and there I have seen a lot of Sonar, FL Studio and Cubase (especially the free version of Cubase that comes with every piece of gear you buy). In addition, I have done a lot of in-house and over-the-phone tech support and training and I’ve seen everything from Pyramix to Audacity. Finally I have dealt with composers who gravitate towards Digital Performer and Logic. In my experience I would put first place as Pro Tools, and close behind it a three-way tie for second between Logic, Cubase and Sonar. Digital Performer is barely hanging on to third place and Adobe Audition, Abelton Live, Reason, Studio One, and FL Studio are right on its tail for fourth. Acid, Samplitude, Reaper and a handful of others have their loyal followers and the open-source programs like Audacity and Ardour fill in the gaps. There are even some amazing Internet DAWs like Sonic Producer, Mega Music Maker and Cyber Sequencer done all on-line. Check out “Which is the Best DAW for you” to look through some scenarios and inside information to find out which DAW is the best for you and your work.

Previous articleWhich is the Best DAW for you?
Next articleDistortion

High Quality Recording for Cheap? Many people seem to think...