What Is The Big Deal about 500 Series Modules?

The 500 series design was originally developed and used by API (Automated Processes Inc.) to provide use of modular microphone preamps, compressors, and equalizers. The API units have been popular for many years as a proprietary format (API enclosures filled with API units), but over the last few years other companies have begun building modules compatible with the API 500 series spec. The 2007 AES conference in NewYork was when the full on flood began. Every other booth seemed to have an API lunchbox filled with new 500 series modules. Since that time there has been a consistent flow of new units. The majority are microphone preamps, but there are plenty of equalizers, compressors, and even headphone amplifiers and summing mixers.

There are a handful of strengths to the 500 series and one large weakness. You should consider how these strengths and weaknesses will affect your workflow and decisions before going the 500 series route. 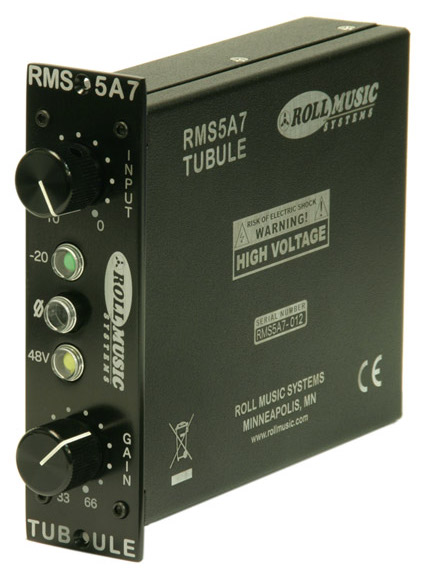 The first strength is that the units are small and easy to install and uninstall. This creates an easy way to change you current studio rack as well as adjust your on-the-go rack. You could easily switch a few modules in order to take the same preamps to a remote recording gig that you used in a studio session earlier in the day. It is very simple, with only 2-4 screws per module and no power cable or rear connections hassle, you can swap multiple units in minutes.

The second strength is related to the first. It is the fact that within a three-rack space unit you can have ten different sounding modules. To get this much variation in a traditional setup you would have to use a 10-16 space rack.

The third strength is the price. Since all of the units in a rack share one power supply you don’t have to buy a new power supply with every unit. This lowers the price of each unit considerably. The start up cost of two preamps and a rack is pretty similar to a two-channel standalone preamp, but if you later buy two more modules you will spend about 60% to 75% of the price of the first two. This saving adds up considerably once you fill the rack.

Weakness
The big weakness is power. The amount of power allotted for each module is not quite ideal for two types of preamps. Tube preamps require a large amount of power and produce an almost larger amount of heat to sufficiently provide high quality audio processing. There 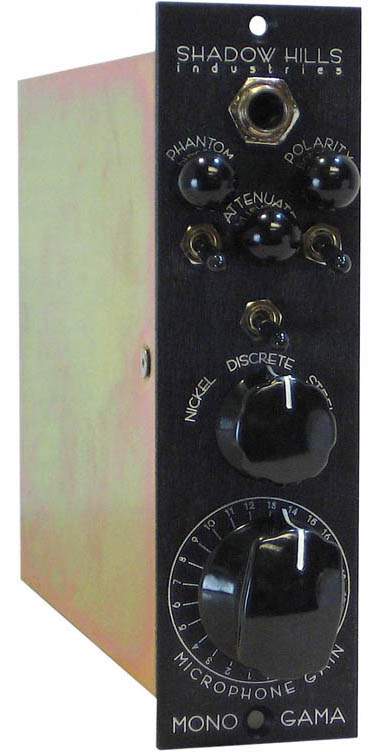 are a few tube preamp modules for the 500 series, and they don’t quite stand up to their standalone counterparts (or their multiple rack space units). Transformerless preamps also require a lot of power. These preamps traditionally produce very clean and uncolored sound. They require a large amount of power because they don’t use transformers or tubes to help amplify the signal. Even with these limitations, companies have built the best preamp modules they can within the power limitations (often amazing sounding, but not quite as amazing as their stand alone counterparts).

Conclusions
When it comes to tube and transformerless preamps you might want to go the traditional route getting individual or stereo standalone rackmount units. As far as everything else, all of the different transformer based preamp colors and other processors, it is a great idea to go the 500 series route in order to give you a large amount of variety in a small amount of space on a discounted budget.